Born and bred in and around Cleveland Ohio, I got involved in cycling shortly after high school on a "motified" Huffy Santa Fe.  After installing a rear rack, toe clips, and such to it, I started riding the hills of Northeast Ohio.  Sometimes with weights in the panniers just to add to the fun.

My first real bike was a Trek 1000.  I rode the crap out of that bike.  I ended up riding it cross country in the summer of 1987.  After 31 days of 100+ miles per day, I entered a 25 mile pancake-flat criterium and was dropped like a bad habit and pulled from the race.  I think that it was at that point I realized that I wasn't built for speed.

I taught myself to braze and built a handful of framesets.  One of which was ridden to a district road race championship.  I think that the win was more the indian rather than the canoe...  Sometime after that while enrolled at Cleveland State University, I applied for a job at Trek Bicycle.  After two road trips to Waterloo, Wisconsin and an unforgetable "I've got 30 seconds... impress me" interview by John Burke, I packed everything that I thought that I needed into a rusty Mercury Lynx and headed west to Wisconsin.  This was my first job away from home.

I learned a lot while at Trek.  My goal was to do something in product developement but I was willing to start at the bottom and work my way up.  I taught basic bike assembly to my co-workers during lunch while I worked as an Inside Sales/Customer Service Representative.  I pissed off more than one rep when I would get into the office really early and allocate all of the 800's and 820's to my dealers... the early bird gets the worm.  I was called into the sales managers office for that.  I didn't get in trouble, but I was talked to...

A year or so later, I took an Outside Sales Rep position that covered Northern Indiana and Western Ohio.  I did ok, but I could have done better.  Then sometime in the fall of 1991 I had a crazy idea that went something like this..."hey, why not open up my own bike shop?"  A business plan and a nod from the national sales manager later, I was back in Cleveland.  After deciding on a location in Broadview Heights, I was on top of the world.  I opened the doors of The Bike Club in late 1991 with ton's of help from family and friends.

Fast-forward 13+ years.  After earning a Masters Degree from The School of Hard Knocks, earning a ceritification as a mechanic from Barnetts Bicycle Institute, and being knocked on my can more than once, I decided not to renew my lease for the space for The Bike Club.  After a small hicup involving a running shop, RogueMechanic was born.

RogueMechanic was started because I saw that there was a need for a high quality, competent, and honest bike mechanic.  One with skills and integrity. I'm passionate about what I do and I give everything that I have to do the best that I can.  I appreciate any business that I get and I do not take any of it for granted, nor do I believe that I'm entitled you your business.  I believe that trust is earned, not assumed.  My handshake is golden.  I believe that this is the way business used to be done.

Additional yet appropriate items of note: 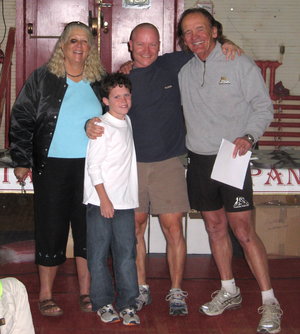 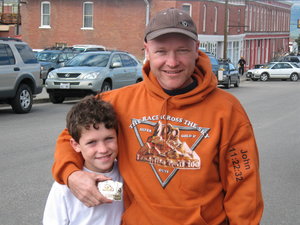 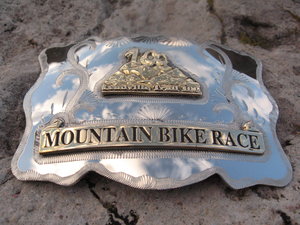